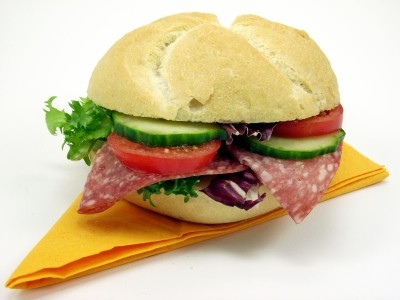 So, you might wonder – especially if you’ve purchased a Patron Pack and are worried that I’m going to abscond with your money without delivering 50+ precious mp3s – where the hell have I been? No new song for weeks! Well, the unfortunate truth of being a producer & session player for other people (as well as wearing Numerous Other Hats) is that one’s solo projects tend to take a back seat. But never fear, I have some new compositions I’m working on at the moment, of a very spacy nature, as well as some trad material I’m just waiting to record with the right people (and next week we’ll have the whole band together, so that seems like an ideal time for a session…) But for now, I thought I’d give you one of the strangest tracks I ever wrote with James Clitheroe. The lyrics are a snapshot of his truly deranged mind, the music was some of the most challenging I’ve ever worked on, from a production and recording standpoint – and recording that mayonnaise sound, well, may I just say that was one of the most disgusting things I’ve ever done in the studio, and I was sorely tempted to bury the microphone after the session. You’ll see why.

What, did you not think I’d have a new song this week? O ye of little faith. Just got this one mixed this morning 🙂 My voice is a little raw from the “singing” and my fingers are definitely cooked from playing upright bass.

So check out “How To Armwrestle A Tyrannosaur” – I hope it proves instructive.

If you have purchased a Patron Pack or All The MP3s, the song should be available for download in your account already!

Hmm. Since we had that T-rex here, I can’t seem to find Heather anywhere…

So it’s taken me a while (oh, probably not more than 15 years) but I’m finally ready to announce that my new solo project is ready to launch! So please go to Ben’s Cabinet Of Weekly Musical Curiosities and have a listen. I’m going to be posting a new song every week!

There are individual songs available for download, and if you’re interested in being a Patron Of The Arts, there are Patron Packs in the Shop as well. Hope you enjoy the strangeness that is available 🙂

On a whim I decided to crack open my ancient lyric files. I’ve been writing lyrics, off and on, since the mid-80s. They are generally… hm. How should I put it? Eccentric. Yes, I think eccentric would be a good word for it. (I know, you’re shocked). The thing that surprised me is that the working files on my computer (which do not include the many, many archive files on other hard drives, nor the boxes of paper files) are more than enough for an album. Possibly two.

There are, of course, a couple of problems with that. One, thematically it would be more like 12 albums… there’s no sensible cohesion to them (that’s what comes of having a fizzy brain); two, I’d have to either sing them (augh!) or get someone else to sing them (good luck with that, right?).  Three, I’d have to persuade someone to listen to them. That used to be the big killer, right there.

But now I’m in a weird place. Now I know for a fact that there are probably hundreds, even thousands, of people out there who would actually listen to my insane weird songs. They range from people with nothing better to do (“Hey sure, it’s gotta be better than Shark Week!”) to people who actively seek out the strange in life (“I wonder if he has any songs about fungus?”). And a big chunk of the people would be filkers, and one of the things I like best about filkers (aside from them only very rarely throwing things at me when I sing) is that they are dedicated to hearing what people have to say, and evaluating a song based on its merits as a song, rather than solely on its production values, or its glamorous cover shot, or its “Featuring: Annoyingly Wealthy Rapper!” tag.

So in other words, not only do I have an entire instrumental album basically ready to drop onto tape, I had forgotten that I have dozens – possibly hundreds – of songs that I could do with my own rambling, half-mad lyrics. And I have a couple of albums worth of material from The Korea Project that I have to lay on you folks too. Brace yourself: weird is coming…