[mp3t track=”https://bendeschamps.com/MP3S/This_Is_How_We_Play.mp3″ title=”This Is How We Play”]
One of the stranger tracks I recorded for The Korea Project… not that any of them *weren’t* strange. We had to work hard to time that can opening sound! Had to be very authentic… good Canadian micro-brew… and, well, you can’t do another take until you’ve finished the first can… I’m surprised there are no out-takes from the session of us singing “Take Off (To the Great White North)”. I guess I turned off the recorder in time.

Before you ask, I have absolutely no idea what the title means. I just know that this song was a lot of fun to write and even more fun to play live, but I haven’t played it live in about 14 years. We certainly took the music seriously, but we had a huge amount of fun with the profound silliness of it all.
Kev Perry was the leader of the band, which I think started out called Cathode Ray Emission, and evolved to CRMission (this is before CRMs were a thing, I guess), before becoming Xoo, which continues to this day. We’re currently working on a Xoo spinoff project, which is to be more spacey, less rocky, but as always it’s a case of finding the time to pick up instruments!

Oh and please don’t forget to go to The Music Page and buy a copy of this and many other fine songs so I can afford some gourmet Kraft Dinner. Which is now officially just called KD. Sigh. I suppose some expensive Dijon ketchup is too much to ask for? 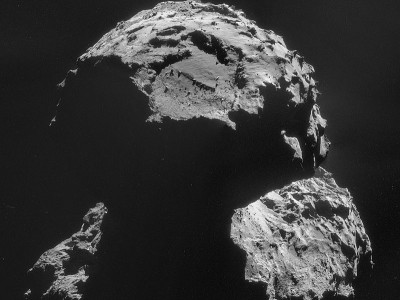 [mp3t track=”https://bendeschamps.com/MP3S/Rosetta_Suite_Part_3.mp3″ title=”Rosetta Suite Part 3″]
A tiny, dutiful voice in the black depths of space, cheerful despite the friendless void. And yes, Bill, you can also find parts I and II on the Music Page 🙂 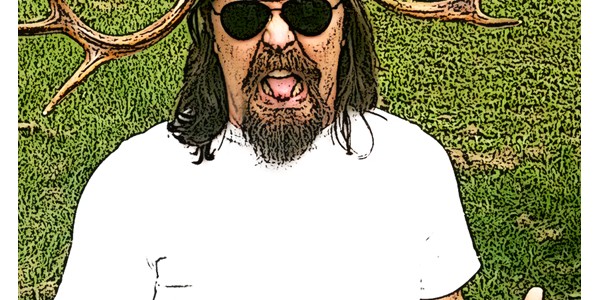 [mp3t track=”https://bendeschamps.com/MP3S/Dream_Of_Rhonabwy.mp3″ title = “Dream of Rhonabwy”]
For a variety of reasons that I won’t trouble you with, I’ve been having trouble finding time to get into the studio and work on my own material, and the inspiration to come up with anything at all. But I’ve also had trouble finding some of the material that was in progress… and a couple of days ago I found the hard drive with the sessions I recorded last year with John Stadtlander. O frabjous day! So here is an oldish song, with a brand-new treatment, about a very old story indeed.

I want to hear what you think about my solo project so far. If you need a refresher go to https://bendeschamps.com/music/ and have a quick listen. Then please visit www.surveymonkey.com/s/5DZZKM7 and let me know what you think!

Thanks! Please accept this picture of a fish as your reward.

Hey look!  A NEW SONG! OK, so it’s not that new, as it was written in 1997 and recorded in 2001, by my old band CRMission (which remains extant as Xoo…) Anyway, a marvellous bit of gritty space rock, sort of a comet in the rough. I still love Ruth Harper’s interpretation of my lyrics (that’s right, I wrote lyrics! And they’re not about toilets!) and Kev Perry’s spacy, meandering guitar. That big crunchy bass sound was pretty excellent too… too bad someone stole my damn P-bass. Oh well.

My last few weeks (aside from a stint making a new Heather Dale record, and then a week taking care of my brother’s farm) have been largely spent devouring everything I can learn about computer music. This has involved a couple of substantial tomes – the Computer Music Tutorial and The CSound Book, for starters – and more PDFs and inline/online tutorials and manuals than you can shake a stick at. In a way it feels like I’ve found an amazing toolbox and am now looking for a problem to solve with it…

As my faithful reader(s) know, I do a lot of my composition and production work using Ableton Live. In a number of ways it’s a gateway drug, since it opened my eyes to the possibilities afforded by Max/MSP, and thence PureData and CSound and a pile of other things. But of course it’s not all roses.

For one, Ableton & Max/MSP are commercial software. For the most part I have no problem with this – I certainly don’t object to paying real money for carefully written, well-maintained software, which Ableton and Max both are. My main concern with unfree software isn’t the price, it’s the end-of-life and planned-obsolescence situations. I’ve been burned by EOL’d and obsolescent music hardware and software often enough that I’m a bit gunshy. Also, I like OSS because I like to tinker and prod at things and find out how they work. I wouldn’t know nearly as much about fiddles and guitars and pianos and amplification if I hadn’t had the chance to take them apart and see what makes them go (sometimes they tick… sometimes they go back together with all the same pieces… sometimes, not so much). But “no user serviceable parts inside” or a closed code base just irritates me.

So here’s the dilemma: Do I keep working with Max/MSP, which is beautiful software and integrates exceptionally well into Ableton (via Max4Live), and accept that I’ll be paying for often only marginal improvements and dealing with closed source, but a big, healthy community, or do I put the time into learning PureData, which can do pretty much all the same things, but is less pretty, less tightly integrated, and which is open source? And either way, do I put the time in to figuring out the insanely récherché MSP objects, or just learn the (equally insane but possibly more flexible) CSound objects?

And why don’t I just use the perfectly good synths offered by Ableton and Reason, and my remaining physical synths, and get on with it? Well, the answer to that is obvious – I have to learn and explore or I just lose interest entirely. So that’s not even a real question.

The real question, though, is “what am I going to make at the end of all this?” And I still don’t know the answer to that, any more than I understood why I took apart my first Gibson two weeks after getting it, or my latest amp 3 hours after getting it. I just have to take things apart and see how they tick in order to have creative ideas about how to use them*.

*This does not, I remind myself, extend to date night 😉 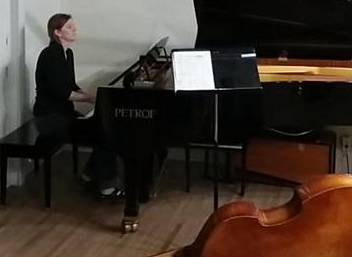 Because, in truth, nobody likes it when I speak 🙂 Since we make ’em ourselves, they’re available in pretty much whatever colour & size you’d like… just add a note to the order & we’ll make it happen!
[Product 484]